Why Is American Express Blocking An Audit Of Its Race-Based Training?

Democrats Are Prepping To Refuse To Accept Any Election Defeats

The Wedding Is Racist If It Occurs On Racist Ground

McConnell Shouldn't Lead Senate If He Can't Work With Trump 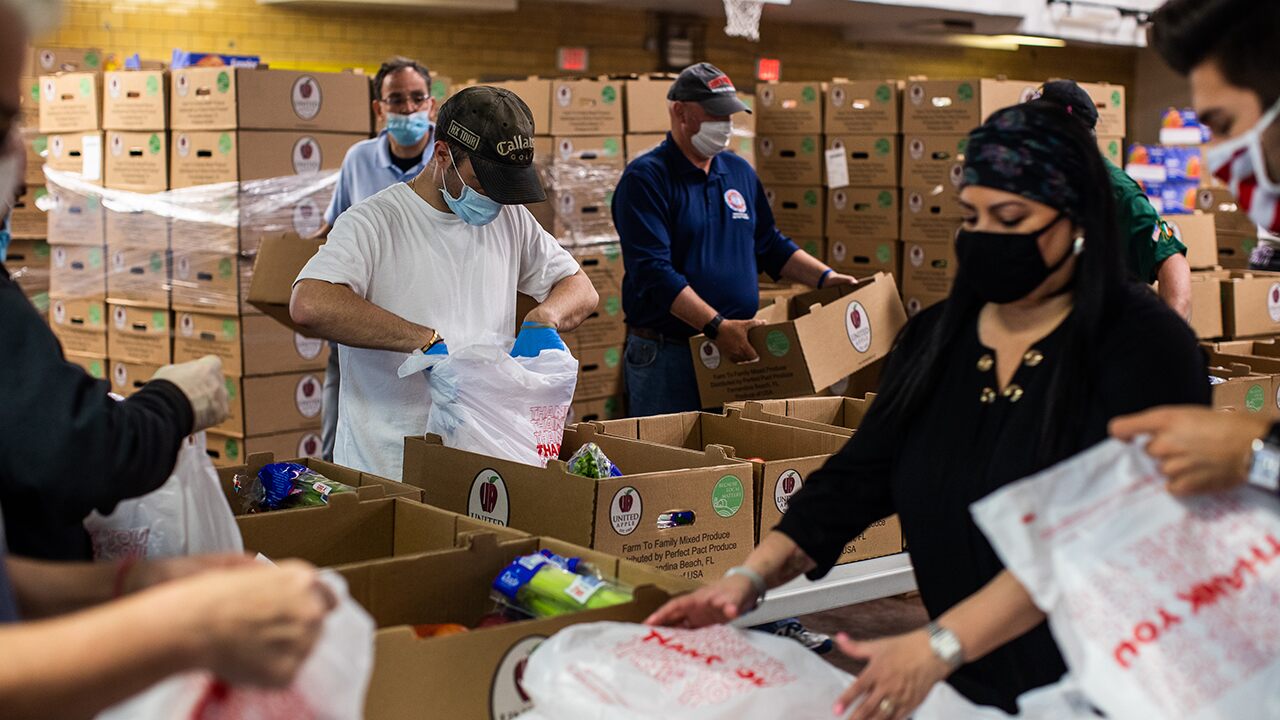 New York City residents increasingly line up every day for free food as jobs remain scarce during the coronavirus pandemic, with the lines sometimes stretching out for a quarter mile, the New York Post reported.

People show up before sunrise, waiting in a line that snakes around corner after corner so that people can get food.

“We feel like we are underwater, drowning in a tsunami of people,” Rodriguez, a volunteer who acts as executive director for La Jordana food pantry, told The Post. “This isn’t like a little rain coming down. The numbers are unbelievable.”

JESSICA CURTIS: IF DEMOCRATS CAN RUIN NEW YORK, THEY CAN RUIN ANYWHERE

One resident, Walter Barrera, showed up at 6 a.m. on Saturday to pick up food for his family, including rice, potatoes, cans of soup and even fruits and vegetables. Barrera, 50, has visited the food pantry every Saturday since he lost his construction job early on during the pandemic.

“What do I tell my children when they look at me with hungry bellies, especially my 11-year-old son?” said Barrera, who came from South America two decades ago. “It breaks my heart. I’m their father. I’m supposed to feed them.”

La Jornada food pantry has seen the demand for its services increased tenfold during the pandemic, when food vulnerability has risen as an increasing number of people struggle to find work. The Food Bank of New York estimates that it has increased its overall distribution by roughly 20% as of June compared to the same time last year.

The Food Bank of New York also reported that is has seen a 91% increase in first-time visitors over the past few months during the pandemic.

Seniors, moms and kids, singles — many immigrants from China and Mexico — wait for hours. They turn out in droves wherever, and whenever, the food pantry’s truck shows up.

NEW YORK EMS UNION CHIEF: ‘PEOPLE WILL DIE’ IF NYC GOES AHEAD WITH PLAN TO LAY OFF EMERGENCY RESPONDERS

Several industries have suffered considerably: besides construction, which only resumed within a limited capacity in New York City starting in June, the hospitality industry in the city has seen nearly 60% of its workforce elimited, Eater NY reported.

“These past few months have been very difficult,” said Rosenfeld Santiago, who previously made enough to send money home to Mexico to support his parents and brothers. “In terms of income, money? Nothing.”

Less than half of the city’s estimated 26,000 restaurants have participated in the expanded outdoor dining program, with even those that do see business only see a return of around 30-50% of their usual volume.

“I can’t be proud, I have to come here. I have to feed my family,” Julio Moncayo, a 40-year-old construction worker, told The Post. His workload has dropped to only two or three days a week. “It’s tough. What am I going to do?”

La Jordana sees business every day, with supplies wiped out and requiring help from any source that can provide it: the United Way, churches, supermarkets or the Food Bank of NY.

“We were never prepared for this,” Rodriguez said, “but we’ve grown into this.”