USAID Was Awarded Millions for Humanitarian Assistance to Immigrants

Sabotage Suspected in Nord Stream 1 and 2 Leaks; Sweden Detected Possible Explosions at Locations of Leaks of 2.3 and 1.9 on Richter Scale

“If They’re Not Attacking You, You’re Probably Not Truly Representing The People Of Your Country"

BEYOND SICK! Drag Queen Dances While Little Girl Repeatedly Rubs Her Hand Up and Down the Crotch of “Little Mermaid” Costume While Another Drag Queen Spread Legs Wide Open On Stage For Toddlers [VIDEO]

North Korea was likely always going to restart its nuclear reactor regardless of which presidential administration was in office, an expert on the region told the Daily Caller News Foundation.

The International Atomic Energy Agency (IAEA) reported in late August that North Korea had restarted a plutonium-producing 5-megawatt reactor at Yongbyon in July 2021, after previously shutting it down in 2018.

Bruce Klingner, the senior research fellow for Northeast Asia at The Heritage Foundation, told the DCNF that while it’s unclear whether the timing of the restart was meant to send a message, North Korea probably was planning for the reactor to become operational again for a while.

“It’s something they periodically do,” Klingner said, describing how that North Korea occasionally shuts down reactors to extract the fuel rods.

“The decisions that led to the reactor’s July 2021 restart are unlikely to be responses to North Korea’s immediate external environment this year—or the Biden administration’s policy toward Pyongyang,” wrote Ankit Panda, the Stanton Senior Fellow in the Nuclear Policy Program at the Carnegie Endowment for International Peace.

People march as they take part in a mass demonstration in Pyongyang on September 9, 2021, to mark 73 years since the foundation of the Democratic People’s Republic of Korea (DPRK), as North Korea is officially known. (Photo by KIM WON JIN/AFP via Getty Images)

Panda argued the reactor was bound to be restarted after the U.S. refused to lift all sanctions against North Korea at the Hanoi summit in February 2019. “By mid-2019, the political conditions for a restart of the Yongbyon reactor were in place,” he wrote.

With the reactor operational again, North Korea’s current production level of nuclear materials is likely the same as it was during “the first two years of the Trump administration,” Klingner said.

Biden’s administration has reached out to North Korea in an attempt to reestablish talks, but the country has been mostly unresponsive, Reuters reported. Klingner said that while pursuing a dialogue was always important, the U.S. shouldn’t ease up pressure on the regime.

“Each administration, Bush, Obama, Trump, claimed that they were firmly enforcing sanctions and U.S. laws and all of them … failed to do so,” Klingner said. “The U.S. has tried a number of different initiatives. All have failed to diplomatically achieve denuclearization.”

Klingner said it was also important for the U.S. to maintain its commitment to allies in the region, such as South Korea and Japan, by keeping American troop levels in the countries at their current numbers.

Republican Rep. Young Kim of California, who serves on the House Foreign Affairs Committee, told the DCNF that Biden’s withdrawal from Afghanistan was a “botched” operation that has “eroded the faith in American global leadership.”

She said it was important to give South Korea “assurance that we are not going to pull our U.S. troops out of South Korea, continue with the joint exercises” without “bending to the pressure of North Korea.” 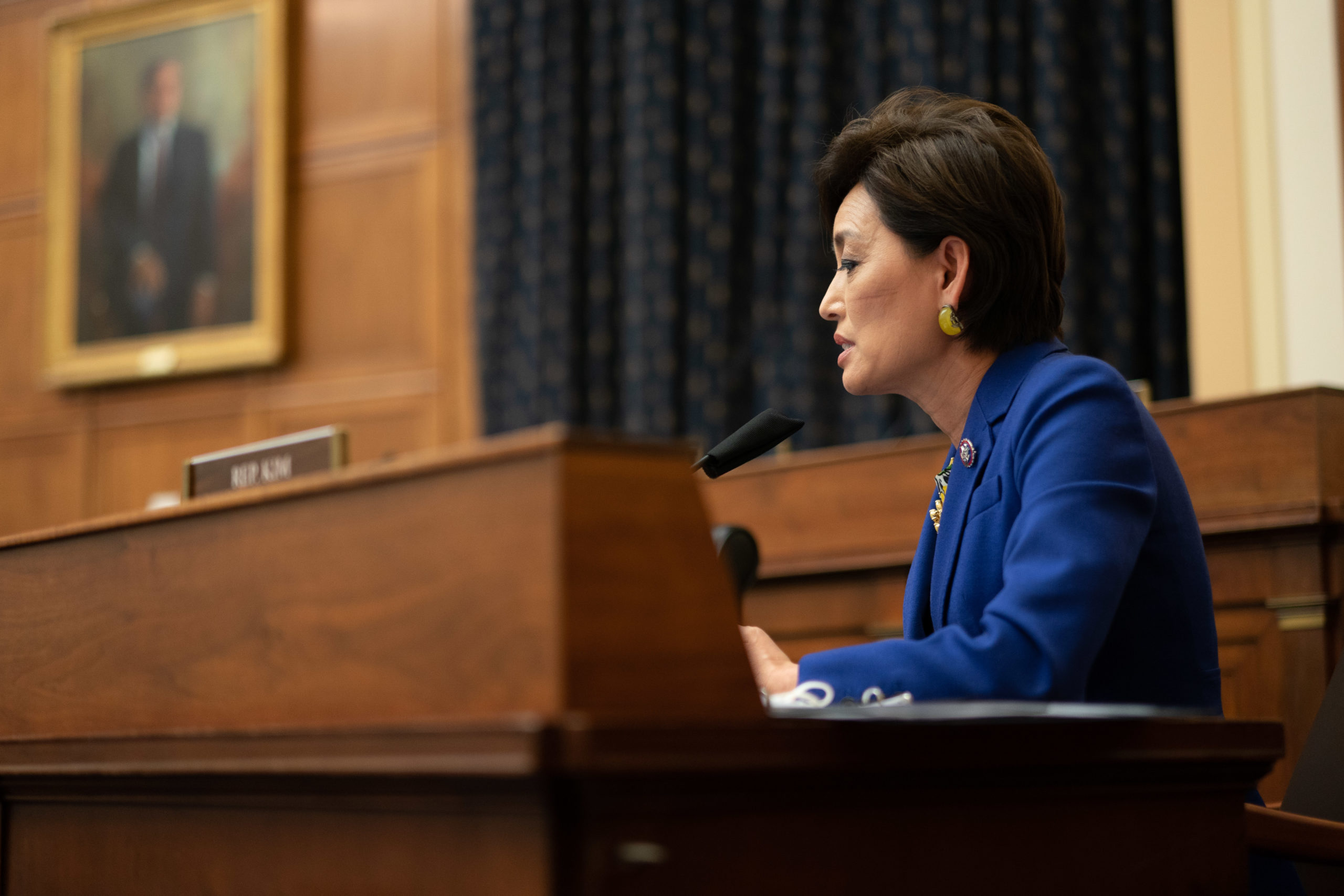 One of the first Korean American women elected to Congress, Kim reiterated the U.S.’s commitment to South Korea at a virtual panel hosted by the Center for Strategic and International Studies.

“We will be there … to lend our voice and be your advocate. And please, trust us. The United States can lead, and we will lead once again, and show that we can come out of those difficult challenges,” she said.

Democratic Rep. Ami Bera of California, Chairman of the Subcommittee on Asia, The Pacific, Central Asia and Nonproliferation, agreed with Kim during the panel. He described South Korea as a “totally different country” that the U.S. has a “long geopolitical, strategic relationship” with.

“Certainly, we’ve been hearing from Koreans about whether, you know, is Korea like Afghanistan? And the U.S., I think quite correctly, points out there are significant differences between Afghanistan and our support for allies in both NATO and South Korea and Japan,” Klingner said.

Klingner noted the Biden administration had done a good job of strengthening partnerships with East Asian allies after it was damaged under the Trump administration. (RELATED: Olympic Committee Bans North Korea From 2022 Winter Games)

“That’s gone a long way to reaffirming the U.S. commitment to our allies,” Klingner added.