New home construction declined by more than expected in July, underlining how economic activity in the U.S. is being stymied by high prices, persistent shortages of materials, and a lack of willing workers.

Economists had expected a smaller decline to 1.61 million. June’s figure was revised up slightly from 1.64 million to 1.65 million.

Single‐family housing starts, where the housing shortage is most evident, fell 4.5 percent to a rate of 1,111,000.

A house under construction is seen in Culver City, a neighborhood of Los Angeles on November 21, 2020. – The US real estate market is booming even as the coronavirus crisis intensifies, and the seemingly insatiable appetite for new and older homes has sent prices soaring — meaning more and more families with modest incomes are seeing their dreams of owning property shattered. (Photo by Chris DELMAS / AFP) (Photo by CHRIS DELMAS/AFP via Getty Images)

Building permits, however, rose 2.6 percent in July. But this was due to a pickup in applications for multifamily dwellings.

On Tuesday, the National Association of Home Builders said its index of home builders had declined sharply in August, falling to its lowest level in 13-months. 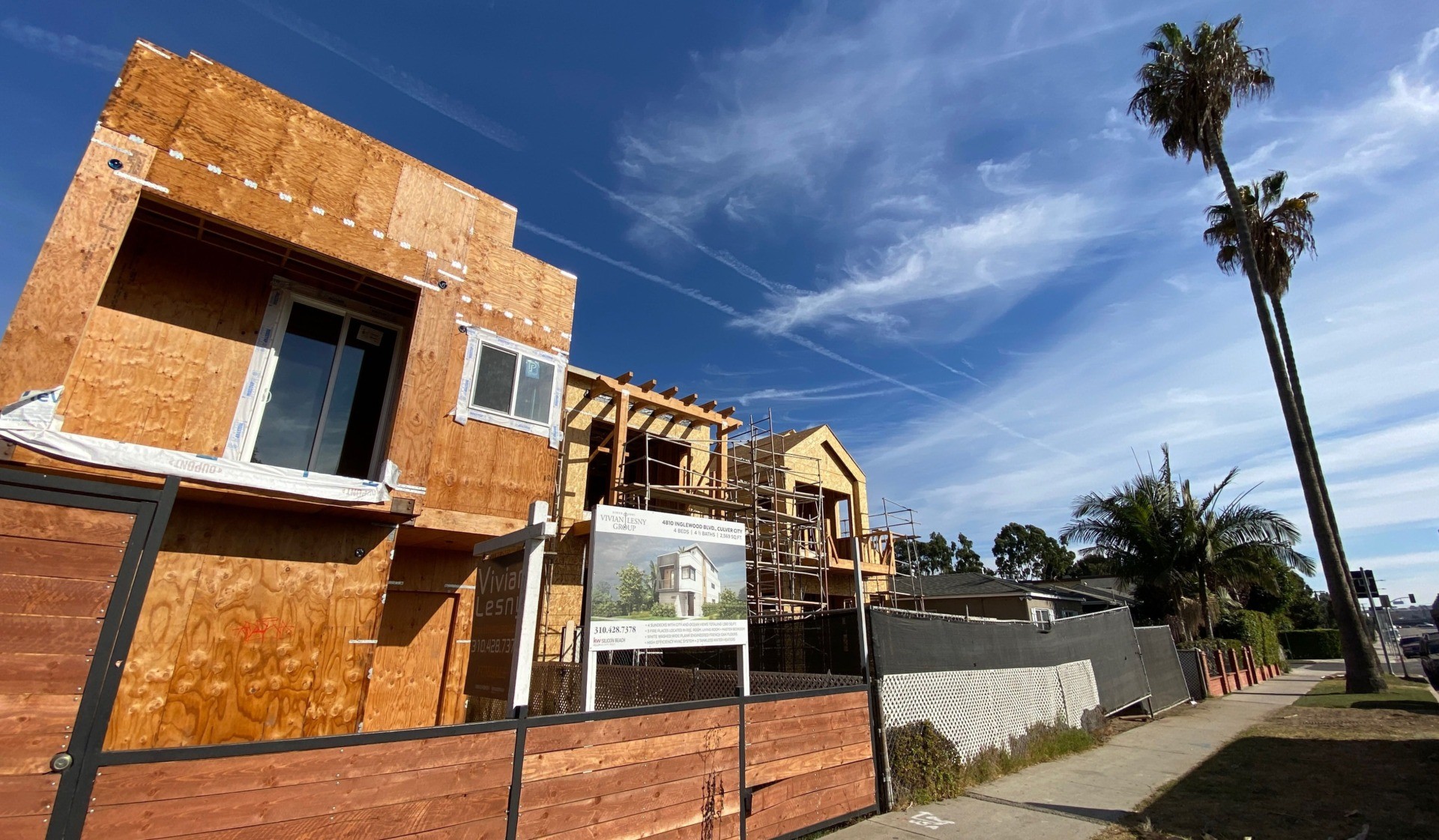 The home building industry has been hit hard by a constrained labor market and skyrocketing prices for materials. Lumber costs have come down lately but shortages of other materials and products have resulted in high prices or unavailability.  Land prices have also risen sharply, according to industry reports.

Housing inventory, a measure of the number of homes available for sale, is unusually low. That has sent home prices into the stratosphere. In the August read of consumer sentiment from the University of Michigan, the share of respondents saying now is a bad time to buy a home hit a record high.