WE HAVE SEEN IT COMING FOR THE CLIMATE CHANGE HOAX MANTRA FOR SOME TIME NOW.
Advertisement

NY City Councilman Leaves Democratic Party For GOP... "It is liberating to not be a Democrat"

"I personally think this is a gigantic waste of time" [VIDEO]

Since there has been absolutely no warming for 2 decades, arguably none at all, the mantra had to change back to Global Cooling!

In the information age, this might just be the nail in the coffin for the Climate Change Hoax. It begins to look rather silly at this point.

It is being blamed on melting icebergs and a ” a conveyor belt of ocean currents”. They may have triggered or exacerbated ice age slowdowns to Atlantic Ocean currents. 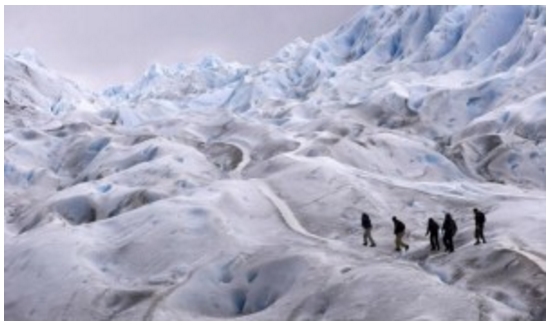 The last ice age wasn’t one long big chill. Dozens of times temperatures abruptly rose or fell, causing all manner of ecological change. Mysteriously, ice cores from Greenland and Antarctica show that these sudden shifts—which occurred every 1500 years or so—were out of sync in the two hemispheres: When it got cold in the north, it grew warm in the south, and vice versa. Now, scientists have implicated the culprit behind those seesaws—changes to a conveyor belt of ocean currents known as the Atlantic Meridional Overturning Circulation (AMOC).

These currents, which today drive the Gulf Stream, bring warm surface waters north and send cold, deeper waters south. But they weakened suddenly and drastically, nearly to the point of stopping, just before several periods of abrupt climate change, researchers report today in Science. In a matter of decades, temperatures plummeted in the north, as the currents brought less warmth in that direction. Meanwhile, the backlog of warm, southern waters allowed the Southern Hemisphere to heat up.

“It is very convincing evidence,” adds Andreas Schmittner, a climate scientist at Oregon State University, Corvallis. “We did not know that the circulation changed during these shorter intervals.”

The scientists are in a dilemma now! Where do they go, and where do they turn! They have been trying for years now to explain why Al Gores catastrophic global warming never happened! Read about the 35 lies in his movie!

Maybe it is because they found out that the scientists were fudging the data on the temperatures for the Climate Change Hoax.

Maybe it is because they found out that the IPCC (United Nations’ Intergovernmental Panel on Climate Change) has been lying.

Maybe it is because the American public does not like to be threatened when they exercise their 1st Amendment rights and disagree with him.

Maybe it is because Climate Change Hoax models showing global warming have been wrong 95% of the time.

AND NOW MORE LIES! HOW MANY LIES BEFORE EVERYONE GETS THAT MAN-MADE CLIMATE CHANGE IS JUST ONE BIG HOAX?

Dr. Tim Ball, author of The Deliberate Corruption of Climate Science, is a Canadian geographer and historical climatologist, best known for his public opposition to the scientific consensus in the global warming controversy:

Dynamic communications professional with 12+ years of experience who understands the importance of telling stories, shaping the narrative and engaging audiences. Proven record of driving viewer engagement and generating ratings growth across key demographics utilizing detailed analytics. Skilled in building team, demonstrating exceptional communication skills, and making critical decisions during challenges. Adaptable and transformational leader with an ability to work independently to meet and exceed all goals and tasks.