China Has Taken Drastic Steps To Promote ‘Revolutionary Culture,’ So What’s Next?
Advertisement

Democrat Fetterman, Who Lived Off of Mommy and Daddy Until He Was 50, Kept a Light Schedule as PA Lt. Gov

China has launched a far-reaching campaign in recent weeks to promote “revolutionary culture” through tightening restrictions on business and society, as well as enforcing a moral code that emphasizes qualities like traditional values and national unity.

The campaign includes restricting content that broadcasters can air and limiting the amount of time young people can play video games. Such measures to tighten control over aspects of China’s economy and society have left observers speculating what the communist regime might do next.

The NRTA called for an end to “sissy men and other abnormal aesthetics” in media, using the derogatory term “niang pao,” or literally, “girlie guns,” to refer to effeminate men. The move reflects concerns that Chinese pop stars are adopting the feminine characteristics often displayed by their South Korean and Japanese counterparts, according to The Associated Press.

Celebrity and fashion magazines are seen on display at a newsstand on September 10, 2021 in Beijing, China (Kevin Frayer/Getty Images)

Instead, the regulator said media outlets and broadcasters must focus on displaying “truth, goodness and beauty” in lieu of content featuring excessive wealth and celebrity status.

China’s new restrictions on broadcasters is part of “national rejuvenation,” a political program advocated by Chinese President Xi Jinping which seeks to advocate values like traditional morality and a patriotic duty towards the Chinese nation and its ruling Communist party.

“It’s striking and significant. This is clearly not a sector-by-sector rectification; this is an entire economic, industry and structural rectification,” said Jude Blanchette, a China scholar at the Center for Strategic and International Studies. 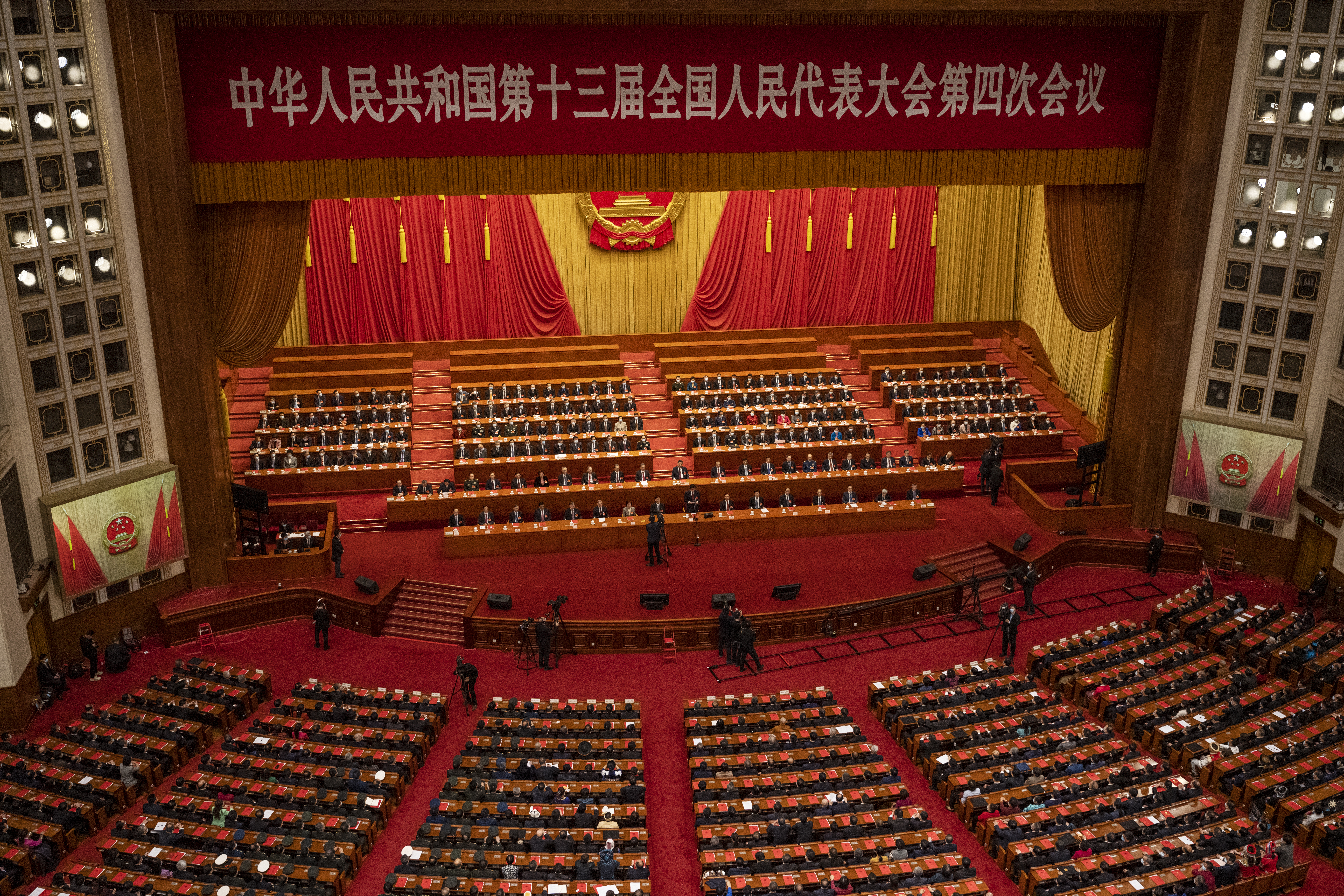 China’s senior leadership and lawmakers gather during the closing session of the National People’s Congress at the Great Hall of the People on March 11, 2021 in Beijing, China (Kevin Frayer/Getty Images)

China has also taken steps to crack down on large companies like social media provider Tencent Holding and e-commerce giant Alibaba Group. Chinese tech billionaire Jack Ma resurfaced in January after a months-long disappearance, during which his companies Alibaba and Ant Group were being investigated by authorities over monopoly concerns.

“I expect that over the next year or two we are likely to see a very rocky relationship develop between the political elite and the business elite,” said Michael Pettis, a finance professor at Peking University.

There is speculation that the Chinese government’s new restrictions on business and society indicate the country might be on the cusp of economic or social upheaval, while others have suggested the CCP is using a period of domestic strength to push through sweeping policy changes, according to the Brookings Institution.

Xi proclaimed the “superiority” of China’s governance model in an Oct. 2017 speech and could be using recent restrictions as a way to differentiate Chinese socialism from Western capitalism. Xi is also considered a populist and a nationalist, and some observers speculate his crackdown on immorality and tech oligarchs are a way to entrench his support among the Chinese people.

There may also be a national security element to the Chinese government’s crackdowns on business and society, according to the Brookings Institution. In a speech to the Central Party School, which trains party members, Xi spoke of mounting challenges “unseen in a century” and warned the cadres not to “expect a peaceful life without struggle.” (RELATED: China Plans To Remake The World After COVID-19 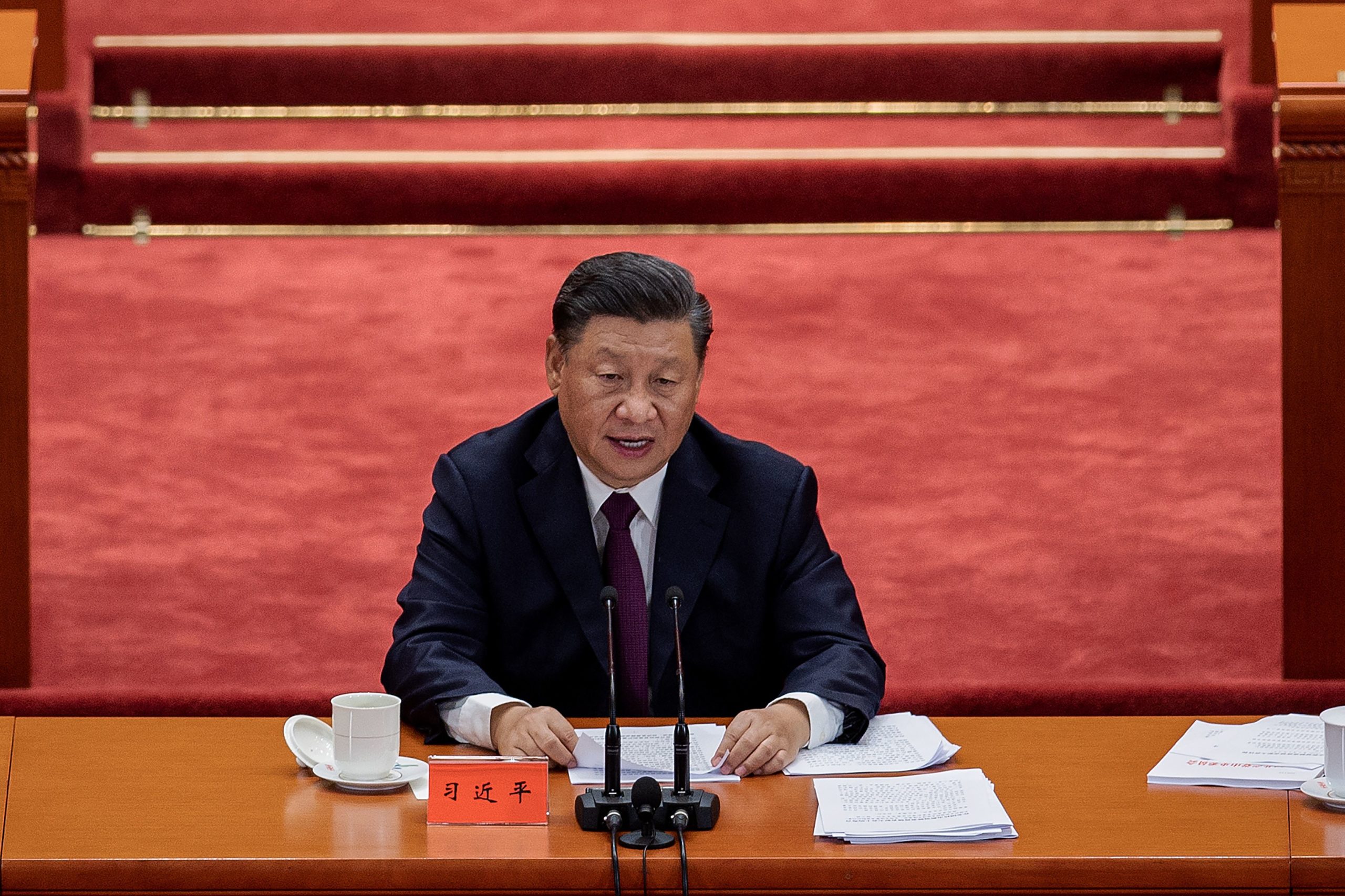 Chinese President Xi Jinping delivers a speech during a ceremony at the Great Hall of the People in Beijing on September 8, 2020 (Nicolas Asfouri/AFP via Getty Images)

His remarks suggest China’s leadership is attempting to mobilize the people in anticipation of growing challenges in the future. Xi previously told the military during a speech in March to be “prepared to respond” amid an “unstable” security situation.

The language used to denounce various aspects of business and society is also reminiscent of the Yan’an Rectification Movement near the end of World War II, which introduced ideological purges and cemented Mao Zedong’s role as paramount leader. Chinese-American historian Cheng Yinhong described the movement as a “systematic remolding of human minds.”

Many observers are already comparing Xi and Mao, furthering speculation that China’s recent crackdowns could be the beginning of a similar re-calibration of Chinese society.