Loudoun Superintendent Told Board Of Alleged Bathroom Assault In May

Feel The Power Of The Schwartz…Beer

President Joe Biden’s Department of State is banning the importation of Russian ammunition at a time when the demand for ammo continues to keep in-store inventories slim.

On Sunday, the NRA-ILA reported a State Department release focused on Russia, indicating, “[n]ew and pending permit applications for the permanent importation of firearms and ammunition manufactured or located in Russia will be subject to a policy of denial.”

The NRA-ILA observed, “Ammunition exports to the United States are only a small percentage of the GDP of the Russian Federation, but Russian origin ammo makes up a large part of the American ammunition supply.”

U.S. President Joe Biden gestures to Secretary of State Antony Blinken as he gives remarks on the U.S. military’s ongoing evacuation efforts in Afghanistan from the East Room of the White House on August 20, 2021 in Washington, DC. The White House announced earlier that the U.S. has evacuated almost 14,000 people from Afghanistan since the end of July. (Photo by Anna Moneymaker/Getty Images)

GunsAndAmmo.com spoke with Charles Brown of MKS Supply, the largest American importer of Russian ammo, and learned that “roughly 40 percent of the ammunition sold in the U.S. originates from Russian sources.”

The Russian ammo, made by “companies such as Wolf, Tula and Barnaul,” has been a cheaper price option for buyers during the rush on ammo that began in spring of 2020 and continues now. 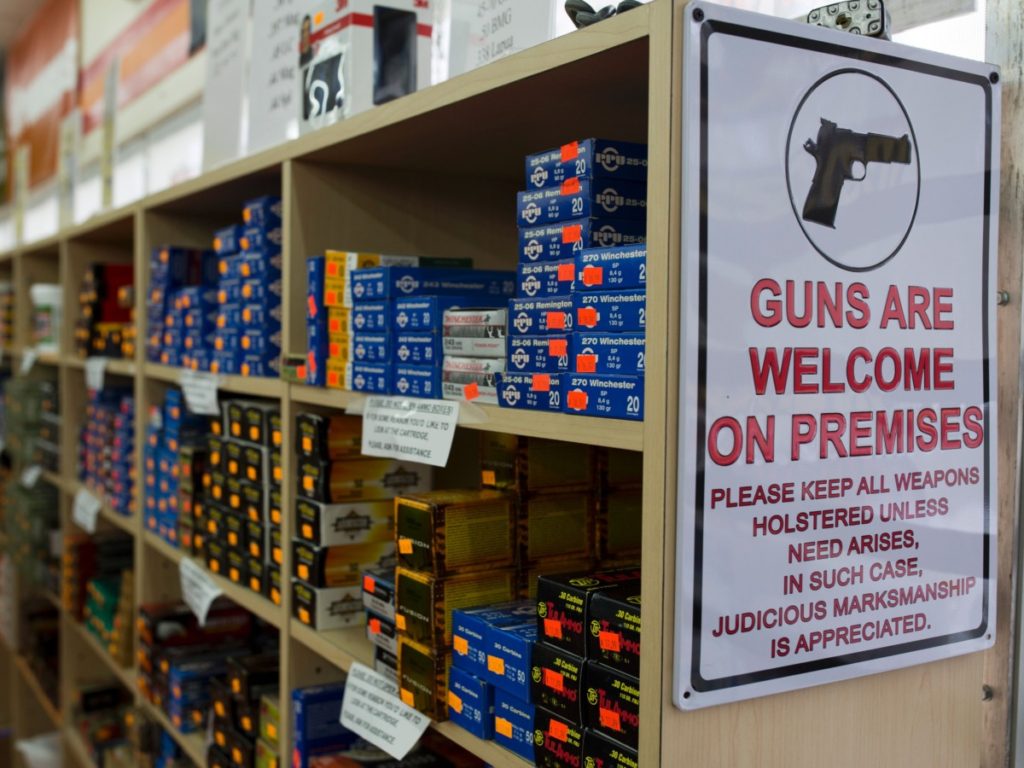 Ammunition boxes are for sale at a gun shop in Merrimack, New Hampshire, on November 5, 2016.  (Photo credit should read DOMINICK REUTER/AFP via Getty Images)

The State Department indicated the “sanctions on the Russian Federation … [are] over its use of a ‘Novichok’ nerve agent in the August 2020 poisoning of Russian opposition figure Aleksey Navalny.” The department cited “the Chemical and Biological Weapons Control and Warfare Elimination Act of 1991 (the CBW Act),” noting that the sanctions will “take effect upon the publication of a Federal Register notice expected on September 7, 2021.”

Upon taking effect, the sanctions will last 12 months, at which time they can be lifted by an executive branch determination that “Russia has met several conditions described in the CBW Act.”

AWR Hawkins is an award-winning Second Amendment columnist for Breitbart News and the writer/curator of Down Range with AWR Hawkins, a weekly newsletter focused on all things Second Amendment, also for Breitbart News. He is the political analyst for Armed American Radio. Follow him on Instagram: @awr_hawkins. Reach him at awrhawkins@breitbart.com. You can sign up to get Down Range at breitbart.com/downrange.